Built in 1958, the Spruce Grove Grain Elevator was in operation until 1995 (when it was due for demolition). The Society then stepped in and prevented the demolition. It is now being maintained as a Historically Designated Museum. It is the last remaining wooden Grain Elevator on the CN Rail line west of Edmonton. Visit the Grain Elevator Site at 120 Railway Avenue, Spruce Grove, Alberta for a tour.
We are open for tours from May - September, Tuesday through Saturday, 9 am until 3 pm.

In 1933 there were 1800 Primary Elevators in Western Canada. But in 2003, there were only 389 and that number has continued to decrease significantly. As of April 21, 2013, there are 313 known Grain Facilities in Alberta: 258 wooden, 42 concrete, and 12 steel elevators and annexes. This is why the preservation of the Grain Elevator in Spruce Grove is essential. The loss of the Grain Elevators in Western Canada is the loss of a unique part of North American history and culture associated with the Canadian Prairies. Through donations to the Spruce Grove and District Agricultural Society, we are able to fund the upkeep of this Prairie treasure. 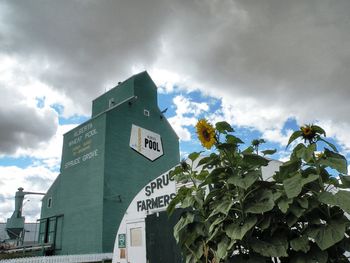 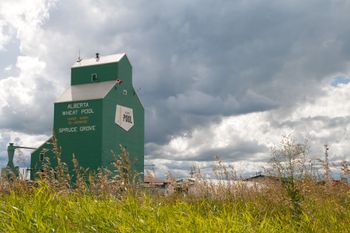 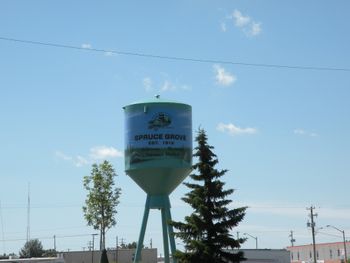 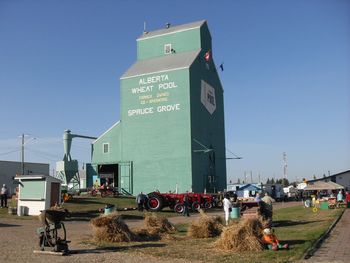